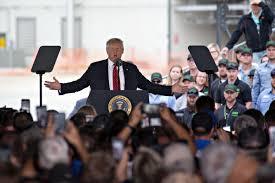 The Trump administration plans to appeal a federal appeals court decision that delivered a major victory to biofuels producers and farmers who have for years fought the EPA's expansion of the small-refinery exemptions program.

Several news outlets reported on Thursday evening -- citing multiple unnamed sources -- that a last-minute appeal from Sen. Ted Cruz, R-Texas, and other lawmakers reportedly convinced President Donald Trump to file an appeal with the U.S. Court of Appeals for the 10th Circuit in Denver.

On Jan. 24, the court ruled EPA didn't have the authority to issue small-refinery exemption extensions to three companies that were not originally granted waivers.

The ruling applied to about one-third of all small refineries in the country, meaning EPA is faced with either appealing the ruling or applying it nationally. An appeal would be asking the 10th Circuit for an en banc hearing -- a hearing before all judges in the 10th Circuit.

EPA has until Monday to make a decision. Leading up to this latest development, signs were the administration was set to limit the scope of the SRE program. U.S. Agriculture Secretary Sonny Perdue said during a press gaggle at the Commodity Classic, "I think they'll be significantly reduced this year. Let me warn you, in D.C., it's not over until it's over."

"The president needs to understand that Ted Cruz doesn't care about this administration or families across the heartland who are counting on the White House to keep its promises," the groups said.

Want to get notified whenever we write about Ittner Bean & Grain ?

Sign-up Next time we write about Ittner Bean & Grain, we'll email you a link to the story. You may edit your settings or unsubscribe at any time.