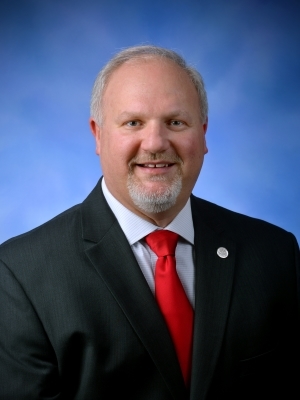 "Today I had the pleasure of meeting 24 dedicated members of Blue Star Mothers of Michigan," Wakeman said in a Facebook post he shared about the event.

The Blue Star Mothers of Michigan is an organizations made up of mothers, stepmothers, grandmothers, foster mothers and any other woman who has children serving in the U.S. Armed Forces, according to Blue Star Mothers of America, Inc. Members support each other and their children while promoting patriotism.

"Blue Star Mothers perpetuate the memory of the men and women who have served our country as members of the Armed Forces; welcome home returning veterans; visit wounded veterans in hospitals and rehabilitation centers; assist in veteran ceremonies; attend patriotic rallies and meetings; maintain true allegiance to the government of the United States; uphold the American institutions of freedoms, justice and equal rights; care for the unsupported mothers who gave their sons and daughters to the service of the nation; and provide moral support for members," Wakeman said in his post.

Wakeman was able to meet and recognize the organization's national president, Carla Brodacki, and  the Michigan president, Elizabeth Bohannon.

Want to get notified whenever we write about Michigan Rep. Rodney Wakeman ?

Sign-up Next time we write about Michigan Rep. Rodney Wakeman, we'll email you a link to the story. You may edit your settings or unsubscribe at any time.